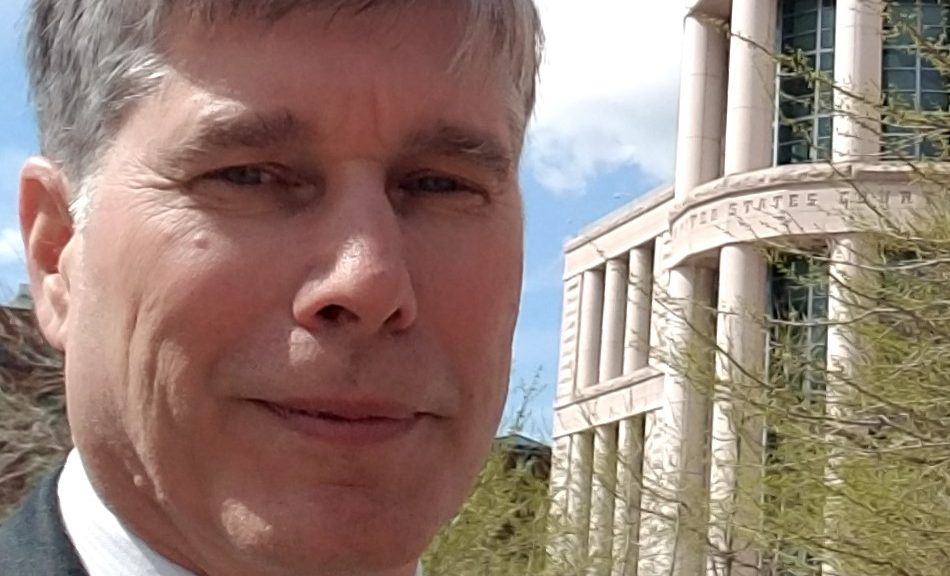 In the above video, Ron Calzone explains in his own words the basis and critical importance of our Citizen Activist Free Speech case.  This case involves a Missouri statute that requires citizen activists to register as lobbyists and (under threat of huge fines and criminal penalties) to file regular reports with the government regarding efforts to talk to government officials about public policy – even if no one is paying the activist to speak on their behalf.  The Missouri Ethics Commission fined Calzone $1,000 for speaking to legislators without first registering as a lobbyist and it forbade him to continue speaking to legislators until he registered and began reporting to the government regarding his conversations about public policy.  If the courts support the government’s position and Ron declines to register and report as a lobbyist, it will be a felony offense for Ron to petition his government officials for redress of grievances.

U.S. District Judge Nanette Laughrey ruled that, although there was no evidence of any sort that Missourians are concerned about unpaid citizen activists sharing policy ideas with public officials, the government’s supposed interest in political transparency justifies requiring these unpaid activists to be treated like professional lobbyists.  The case is currently pending before the Eighth Circuit Court of Appeals.  Here is the initial brief that we filed with the assistance of our brilliant colleagues at the Institute for Free Speech (formerly the Center for Competitive Politics):


Just yesterday we received the Ethics Commission’s brief, which insists (1) that citizens “designate” themselves as representatives of organizations by mentioning a connection to an organization when speaking to legislators, and (2) that the government’s interest in making the public aware of who is discussing policy with legislators is so important that it justifies the extraordinary penalties that will result if a citizen declines to register and report as a lobbyist:


We will be filing our reply brief in the coming weeks, and then we expect the court to set a date for oral argument.  When the Eighth Circuit hears oral argument, the public will be welcome to attend.  We hope that liberty-minded activists from all over the state will come to the courthouse that day to support Ron and the First Amendment – so stay tuned for that announcement!