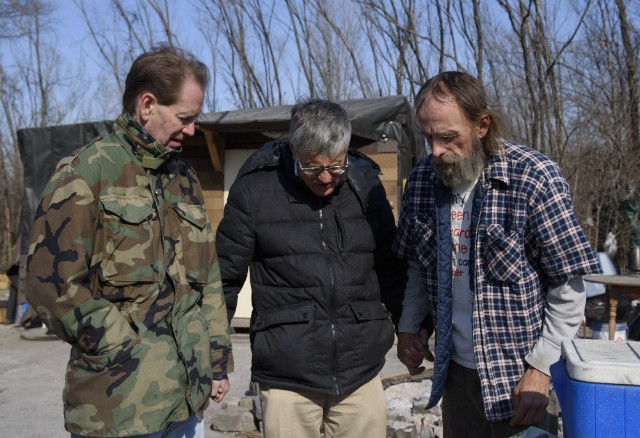 On October 31, an officer of the St. Louis Metropolitan Police Department gave citations to Ray Redlich and Chris Ohnimus. Their alleged offense? Giving sandwiches to the homeless.

The citations required Redlich and Ohnimus to appear in St. Louis City Municipal Court on the morning of December 4, to face the charges against them. If either of the two failed to appear for this court date, the court could have issued warrants for their arrest and they would also have faced further penalties for that failure. So Redlich and Ohnimus appeared, just as the citations instructed. Dave Roland, director of litigation for the Freedom Center of Missouri, was there to represent them.

But after they had been waiting in the courtroom for nearly an hour, an attorney for the City announced not only that the City would not be pursuing any charges against these two, but that it wasn’t even clear why the officer had cited them in the first place! See, on most citations the officer indicates a specific statute or ordinance that the officer believes the recipient violated… but although Redlich and Ohnimus’s citations included a few words suggesting that they were “operating without a permit” and the officer had given them City-produced flyers suggesting that it was illegal to feed the homeless without obtaining the City’s approval, the citations did not identify any particular law that had been broken. And in a bizarre twist, the City’s attorney showed that their alleged violation was “operating a business without a permit,” even though nothing about giving sandwiches to homeless people (for free!) suggests the operation of any business. Redlich and Ohnimus were told that they were free to go–but in a press release the City quickly doubled-down on its position that individual cannot share food with the homeless in St. Louis without complying with the regulations applicable to restaurants and supermarkets (although the statement did say that prosecuting this offense was “not a priority”).

The City’s position is troubling on many levels. First, it is offensive for the City to interfere with residents’ efforts to help their fellow human beings when they see someone in need. That sort of compassion and private effort to aid others is not just a moral virtue that society should be encouraging, a commitment to private charity (as opposed to government-based programs) is one of the things that has always set Americans apart as a unique people. Telling people that they must jump through regulatory hoops and get their government’s permission before directly assisting someone in need is, quite simply, un-American.

The Freedom Center of Missouri believes that no one should have to get the government’s permission before offering assistance to those in need, and those in need should never have to rely on the government’s approval to accept help when it is freely offered to them. We intend to defend the constitutional freedom to be a Good Samaritan.