The Freedom Center of Missouri (FCMo) believes that freedom is the birthright of all human beings and that the brightest, most prosperous future for citizens of our nation and state depends on securing “life, liberty, the pursuit of happiness, and the enjoyment of the gains of their own industry.”  Everything we do is aimed first at helping citizens and those in positions of power to understand and respect the importance of individual liberty, and second at persuading courts to enforce our constitutional protections for the freedoms enumerated in the U.S. and Missouri Constitutions.  By helping people cultivate a newfound appreciation for individual liberty, we believe that Missouri can experience a rebirth of freedom and prosperity for all of its citizens.

The Freedom Center is a tax-exempt, non-profit, non-partisan organization and we focus our research and public interest litigation in six key areas: freedom of expression, economic liberty (the right to earn a living), property rights, religious liberties, limited government, and government transparency.

Jenifer Zeigler Roland is the Executive Director and co-founder of the Freedom Center of Missouri; she also serves as the Treasurer for the Freedom Center’s Board of Directors.  She grew up in Mexico, Missouri, and attended Truman State University before earning her Master’s in Public Administration and law degree from the University of Missouri-Columbia.  While in school, Jenifer worked as a legislative aid in the Missouri Senate.  Upon graduation she moved to Washington, DC, to serve as a legal and policy analyst for the Cato Institute, where her research areas included welfare reform, poverty, Medicaid, and faith-based initiatives.  Jenifer left Cato in 2005 to become the legislative affairs attorney for the Institute for Justice, where she worked tirelessly to help states reform their eminent domain laws in response to the U.S. Supreme Court’s ruling in Kelo v. New London.  In 2007, Jenifer returned to Missouri to become the Director of Policy for the Show-Me Institute before co-founding the Freedom Center in 2010.  She lives in her hometown of Mexico, Missouri, with her husband, Dave, and their three children.  Jenifer can be reached at jenifer@mofreedom.org. 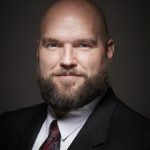 Dave Roland is the Director of Litigation and co-founder of the Freedom Center of Missouri; he also serves as the President of the Freedom Center’s Board of Directors.  Dave earned undergraduate degrees in Political Science and Biblical Studies at Abilene Christian University before studying law and religion at Vanderbilt University, where he received his law degree and a Master’s in Theology in 2004.  While at Vanderbilt, Dave wrote a series of essays for the Freedom Forum’s First Amendment Center about the First Amendment and public education, and he clerked for the Becket Fund for Religious Liberty in Washington, DC.  Following law school, Dave spent more than three years in the nation’s capital as an attorney with the Institute for Justice, where he litigated school choice, economic liberty, and property rights cases in state and federal courts.  His work has been discussed in the Wall Street Journal, the New York Times, the Washington Post, USAToday, the Huffington Post, on Fox News and MSNBC, and other major media outlets nationwide.  Since moving to Missouri in 2007, Dave has become a familiar presence on television news broadcasts, radio shows, and in newspapers across the state.  He travels widely throughout the state, speaking to elected officials, student groups at colleges and law schools, Federalist Society chapters, and community groups about education, property rights, health care reform, constitutional protections for liberty, and the American Founders’ conception of virtue. Dave has also established himself as one of the preeminent election attorneys in Missouri, having won groundbreaking, precedent-setting victories in Wright-Jones v. Nasheed, Vowell v. Kander, and Franks v. Hubbard. Prior to founding the Freedom Center, he spent three years working as an attorney and policy analyst for the Show-Me Institute.  Dave also previously served as the Director of the Theodore L. Stiles Center for Liberty at the Freedom Foundation in Olympia, Washington.  He has been admitted to practice law in the District of Columbia, Missouri, Tennessee, and Washington, as well as before the U.S. District Courts for the Eastern District of Missouri, the Western District of Missouri, the Western District of Washington, the Eighth Circuit Court of Appeals, and the U.S. Supreme Court. He lives in Mexico, Missouri, with his wife, Jenifer, and their three children.  Dave can be reached at dave@mofreedom.org.

Brent Haden is the Vice-President of the Freedom Center’s Board of Directors. Haden was born and raised on a farm at Mexico, Missouri. He graduated magna cum laude from the University of Missouri-Columbia in 1998 with a bachelor’s degree in Political Science. Haden graduated from Harvard Law School in 2002, where he was a member of the Federalist Society and served on the Harvard Journal of Law and Public Policy. In 2002, Haden joined Sonnenschein Nath and Rosenthal LLP, where his practice focused on construction and environmental litigation. In 2004, Haden joined the Kansas Livestock Association, one of the nation’s oldest agricultural associations, as assistant counsel. While at the Kansas Livestock Association, he worked in both a traditional legal capacity and as a lobbyist on issues involving environmental regulation, property rights and eminent domain disputes, and tax policy. In 2007, Haden joined Graves Bartle Marcus & Garrett, LLC where he continued to represent agricultural clients and defend clients in white collar criminal cases. Haden then served as Chief of Staff to Kansas Speaker of the House Mike O’Neal in the 2009 and 2010 legislative sessions before moving to Columbia to form Haden & Haden in 2011. He lives in rural Callaway County with his wife Connie and his two sons. 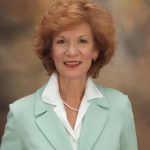 Beverlee Roper joined the Freedom Center’s Board of Directors in April 2017. Roper attended Grove City College and later graduated from Gordon College in Wenham, Massachusetts, with a degree in economics, summa cum laude.  She earned her law degree from Vermont Law School before beginning her career as an Assistant Public Defender in the Allegheny County Public Defenders Office in Pittsburgh, Pennsylvania, and later becoming a City Magistrate.  In 1985, she accepted a position at the U.S. Department of Justice where she stayed for 8 years working in the Office of Public Affairs (traveling with or on behalf of Attorney General Edwin Meese), and in the Office of Assistant Attorney General of the Criminal Division (under William F. Weld), where she planned special projects, and tried cases in Southern District of Florida.  Roper later spent four years as a Trial Attorney in the Department’s Environmental Enforcement Division, during which time she met and married her husband, R.J.  In 1993 she moved to Kansas City, Missouri, where she practiced environmental law as a partner of Blackwell Sanders Matheny Weary & Lombardi, and served as of counsel to Blackwell Sanders Peper Martin.  In 2012, Roper was elected as County Commissioner for the 1st District of Platte County, Missouri, serving one term.  Today she continues to practice environmental law at the Bruce Campbell Law Firm in Kansas City, Missouri.

“Throughout my life I have maintained a passion for individual liberty.  While I have usually identified politically as a Republican, the cause of individual freedom has no political party.  For years I have admired the work of William Mellor, RobertLevy, the Institute for Justice, and the Cato Institute; the book Mellor and Levy authored, The Dirty Dozen, is the most concise, interesting, and legally and historically accurate account of how the nation’s courts have eroded individual freedom.  I am proud to be part of an organization that is working to restore these crucial constitutional rights.”  Beverlee has agreed to serve on the Freedom Center’s Board of Directors to lend support to the organization, raise awareness of its activities, and increase its resources. 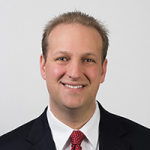 d joined the Freedom Center’s Board of Directors in April 2017.  A 2005 graduate of Brandeis University, he first met Dave and Jenifer Roland when they all worked together at the national headquarters of the Institute for Justice. Justin later attended law school at Washington University in St. Louis, graduating in the top five percent of his class and being inducted into the Order of the Coif; he also served as Senior Editor of the Washington University Law Review and was a two-time National Quarterfinalist on the law school’s National Moot Court Team.

After completing law school, Justin joined the U.S. Department of justice as part of the Attorney General’s Honors Program, building an impressive record both at the trial and appellate level.  He was a Faculty Member at the National Advocacy Center, the U.S. Department of Justice’s acclaimed legal academy in South Carolina, and he also earned the 2013 Attorney General’s Award for Fraud Prevention, an award widely recognized as one of the Justice Department’s highest honors in the field of white collar and public corruption litigation.  Now in private practice in St. Louis as a shareholder at Capes Sokol, he focuses his practice on criminal defense, white collar matters, internal investigations, tax controversy, and sophisticated civil litigation.  His cases have been covered by CNN, FOX News, ABC, NBC, CBS, the New York Times, Forbes magazine and hundreds of other television, radio, print and online publications. 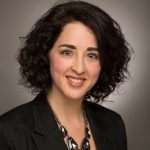 Rachel (Douchant) Ferguson joined the Freedom Center’s Board of Directors in September, 2017.  Ferguson attended Lindenwood University to study philosophy, and later earned her PhD in philosophy from Saint Louis University.  Her dissertation, Hume’s Classical Liberalism: A Reconstruction and Critique, dealt with the moral justification for property rights.  As a graduate student, she spent a summer as a Rowley Fellow at the Mises Institute.  Ferguson joined Lindenwood’s philosophy department in 2005, teaching a wide variety of courses on political philosophy, the history of philosophy, philosophy of law, managerial ethics, game theory, and various topics courses built around her spring conferences on the concept of political decentralization.  In 2012, Ferguson was named co-chair of the Lindenwood University Honors College, and in 2013, she was asked to direct the Liberty & Ethics Center, one of four centers within the larger Hammond Institute for Free Enterprise at Lindenwood’s Plaster School of Business and Entrepreneurship.  She has coordinated a variety of events focused on unlikely partnerships, such as “Left, Right, & Center: Coming Together to Reform Missouri’s Criminal Justice System,” and “Capitalism, Crony Capitalism, and the Common Good: An Evening with Ralph Nader and Grover Norquist.” Her Free Market Minutes can be heard on 97.1 NewsTalk Radio in St. Louis, and on 103.7 KCMO Talk Radio in Kansas City.  Douchant is a frequent reviewer for The Journal of Markets and Morality, and is currently spearheading the Plaster Network Freedom and Virtue Seminars, Socratic discussions on classic texts through which she hopes to empower and enliven the liberty movement among smaller, Midwestern universities.  She lives with her two sons, Asher and Solomon, and her husband, Mike.  Rachel can be reached at rdouchant@lindenwood.edu. 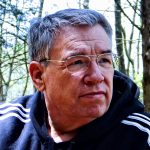 Randy England joined the Freedom Center’s Board of Directors in September 2017; he serves as the Secretary for the Board.  Randy grew up near St. Louis, Missouri and attended the University of Missouri (1974 A.B. Biology; 1990 J.D.) where he was managing editor of the Missouri Law Review. He served as law clerk to Judge Edward ‘Chip’ Robertson at the Missouri Supreme Court. For 14 years he was a Missouri prosecutor in Audrain and Cole Counties. Randy also worked as a criminal defense lawyer in state and federal courts for 12 years before retiring from private practice in 2017.

Randy is a writer, blogger, and father of four. His latest book is Free is Beautiful: Why Catholics should be Libertarian. Randy also enjoys co-hosting the Freedom Feens radio show and podcast. He lives with his wife Carol in Jefferson City, Missouri.
2017 FCMo Promotional Piece

4 thoughts on “About Us”